As Christians, we must be careful to make intelligent and informed decisions about which translation of the Bible we choose to read. On one extreme, we have people who would give us heretical new translations that attempt to change God’s Word to make it politically correct. Many new translations are not only poorly translated, but are based upon poor manuscripts.

But equally dangerous, is the other extreme… of believing that any English translation that was produced after the original King James Bible is heretical. Many who love the King James Bible reject any attempt to modernize the Bible because of the glut of poor translations that have flooded the market in the past century. We must remember that the main purpose of the Protestant Reformation was to stop the Bible being imprisoned in an ancient language that few could understand, and into the modern, spoken, conversational language of the present day.

The original manuscripts of the New Testament were not written with all the eloquence of Classical-Greek but in Koine-Greek. In Greek "Koine" means common. The Bible was originally written in the commonly spoken, conversational language of the day.

William Tyndale, who produced the first printed Bible in English, fought and died for the right to print the Bible in the common, spoken, modern English tongue of his day. Tyndale boldly told one official who criticized his efforts, "If God spare my life, I will see to it that the boy who drives the plowshare knows more of the scripture than you, Sir!"

Will we now go backwards, and seek to imprison God’s Word once again in old translations? Clearly it is not God’s will that we overreact to some of the bad modern translations, by rejecting all new translations. The Word of God is unchanging from generation to generation, but our language is a dynamic and ever-changing form of communication.

We therefore have a responsibility before God as Christians to make sure that each generation has a modern translation that they can easily understand, yet that does not sacrifice accuracy in any way. Let us be ever mindful that we are not called to worship the Bible. We are called to worship the God who gave us the Bible, and who preserved its meaning through the centuries. 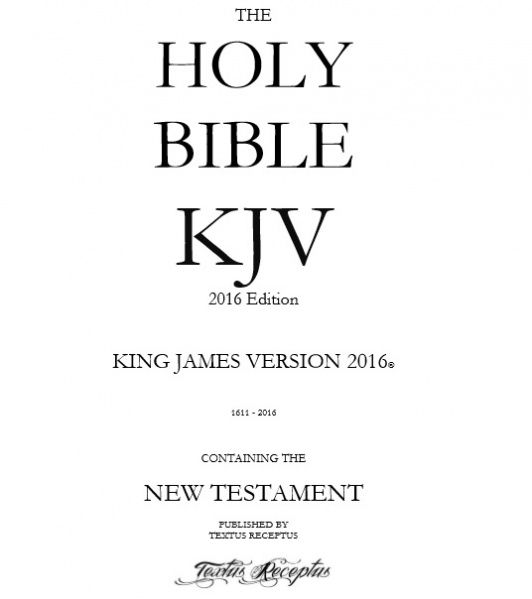